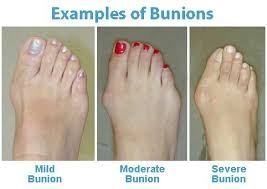 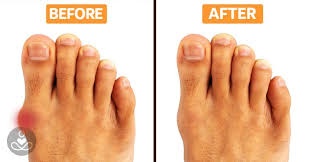 Hallux valgus is a big toe deformity (a bony prominence) and is commonly called a bunion. Strictly speaking a bunion is a sac of fluid (a bursa) that forms over a bony prominence at the head of the 1st metatarsal the base of the big toe and should be called hallux valgus but typically it is called a bunion. This bursa can become sore and inflamed. However in everyday language a bunion generally refers to the bony prominence and the deviation of the joint in this area. A bunion can be caused by excessive and abnormal pronation (internal rotation of the feet) which causes instability in the feet and especially in the 1st metatarsal area.
close lightbox